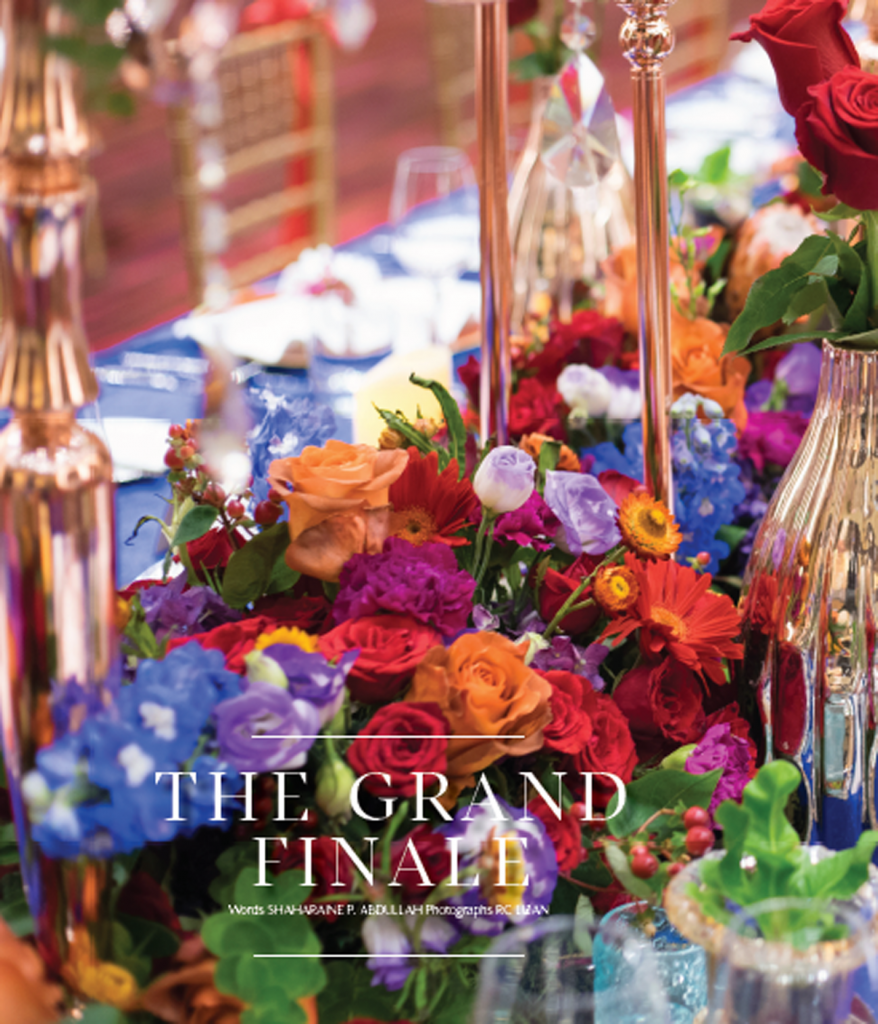 A lasting love entails a lifelong pursuit for some – the same can be said for a grand lifestyle. Fortunately, the two aren’t mutually exclusive, thanks to the recently opened Grand Hyatt Manila. For worldly couples that are on the lookout for a festive space after tying the knot, the Grand Hyatt Manila is a prime solution. Equipped with a palatial, jewelry-box inspired Grand Ballroom that houses an impressive show kitchen, Grand Hyatt Manila is able to accommodate both large and intimate gatherings in an upscale and entertaining setting. “We want[ed] to achieve the look of a garden setting but [still come across as] very modern and elegant, with a country feel,” Galang explains. 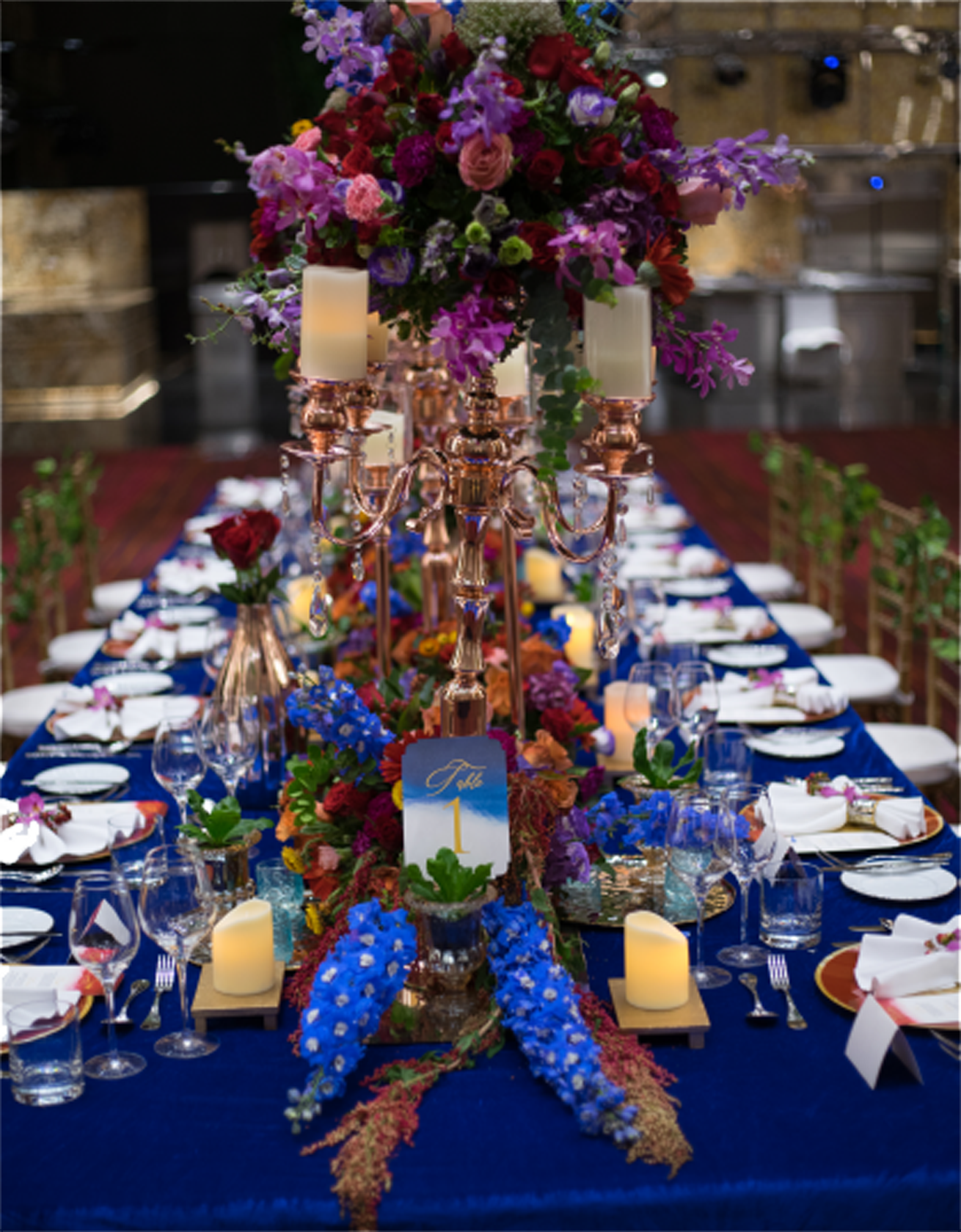 By using rich, autumnal colors like crimson, burgundy, plum, purple, magenta, orange, royal blue, gold and a touch of greens on the decorations, Galang sought to break the monotony of the ballroom’s muted walls while still retaining its sophistication.

In addition to the state-of-the-art show kitchen, much of the venue’s imposing appeal is due to its lofty space that is illuminated by an array of spherical crystal lights, which Galang dimmed for a more dramatic effect. Meanwhile, garlands of ivy leaves, silk flowers, and Wisteria are suspended from the ceiling, along with three crystal chandeliers that are artfully arranged in a row to hover above the principal table. The same ivy leaves adorn the backdrop of the stage area, which is upholstered in a diamond-shaped pattern and imposed with decorative gold framework, fuchsia fabric, and beaded curtains. Rose gold candlesticks, lanterns, and red glass candle jars are strewn around 2 plush chairs and adjoining gold tables, which contain rose gold candelabras and vases that echo the rest of the trimmings found on the tables. 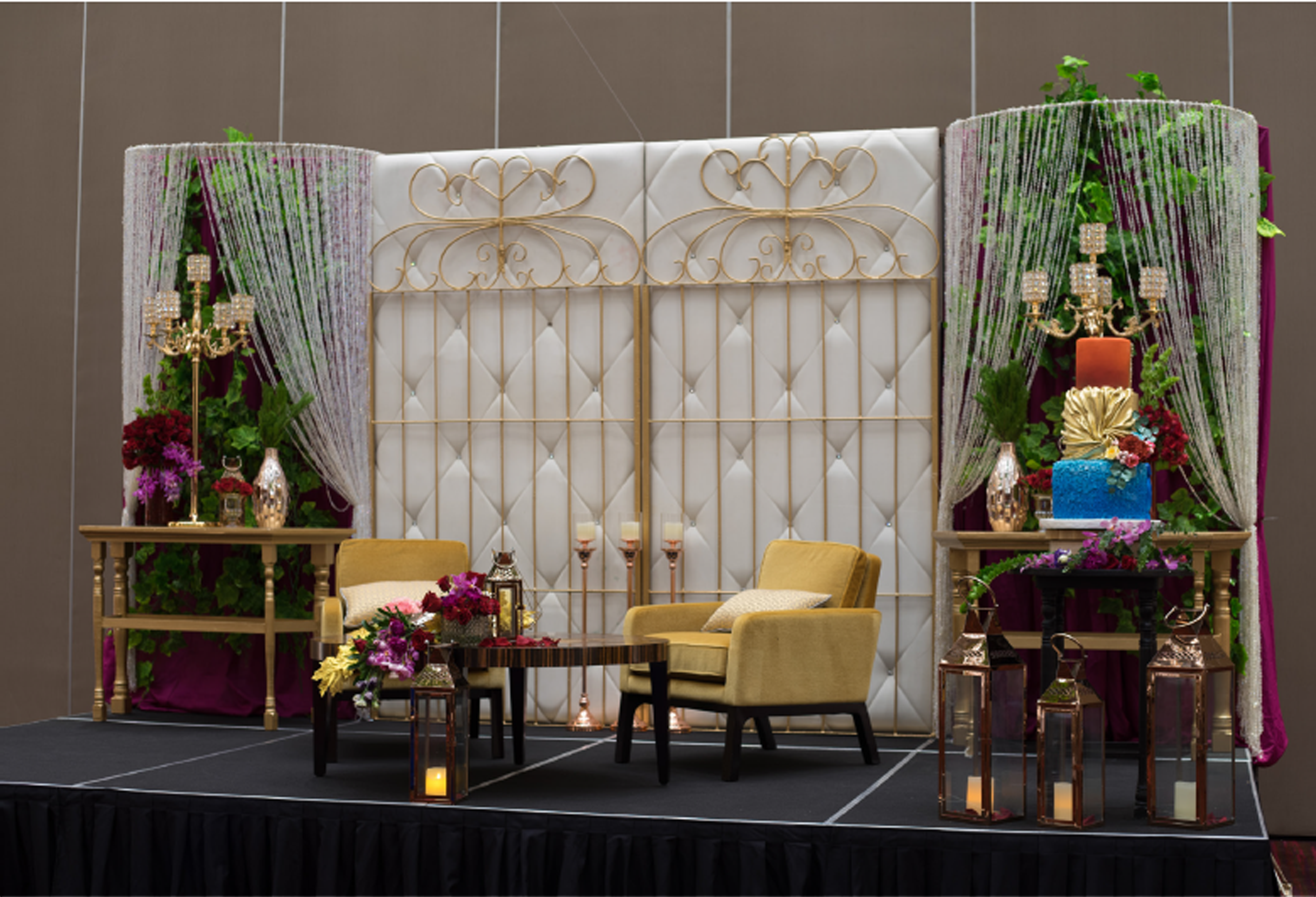 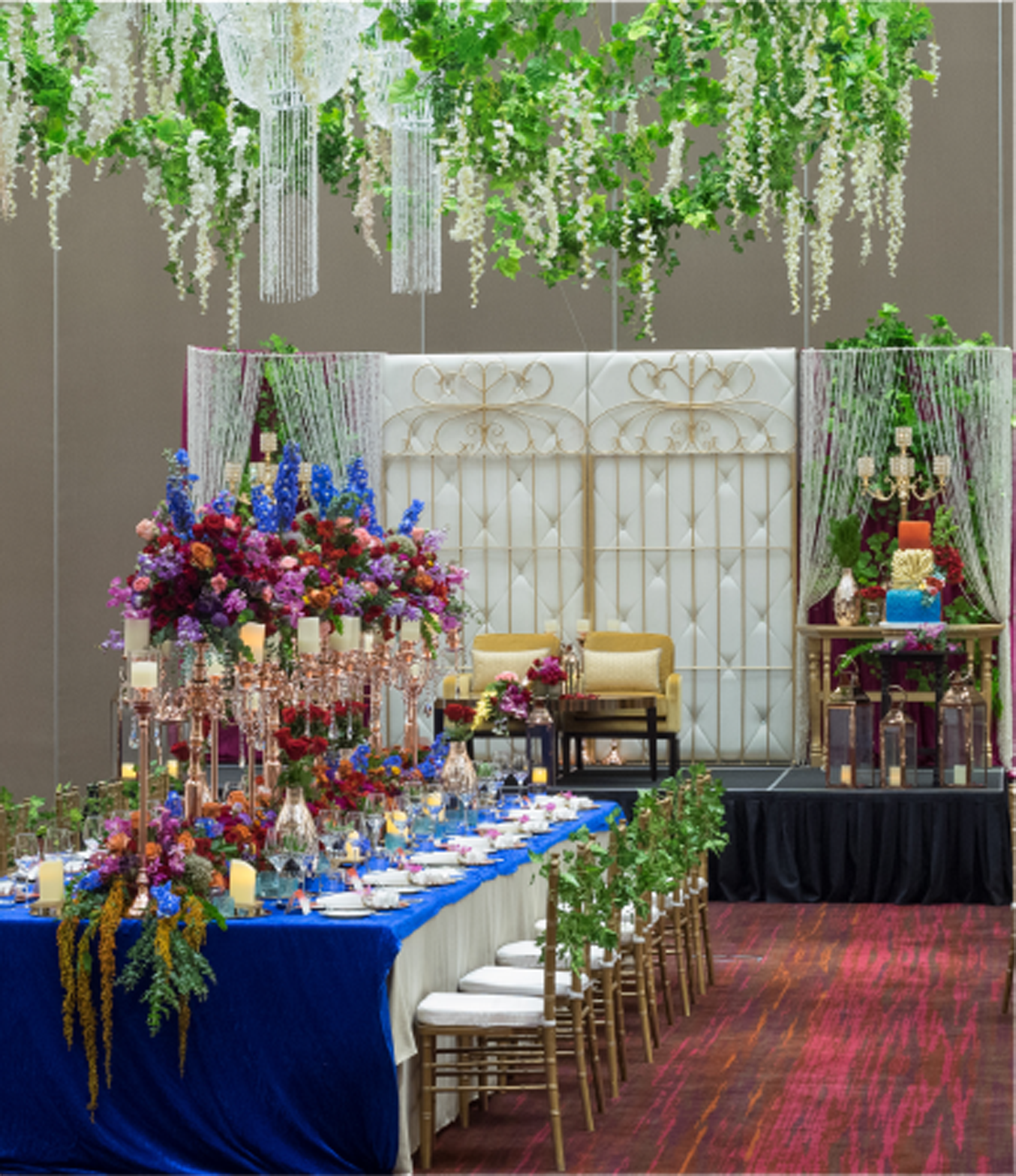 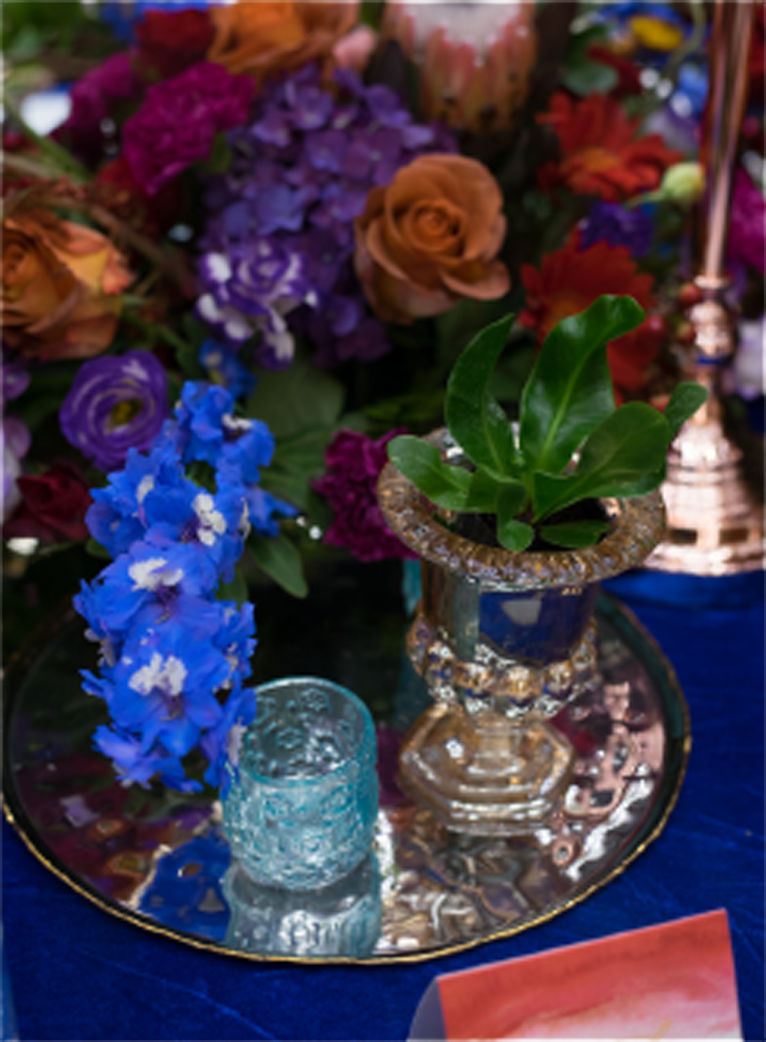 Decked in a royal blue velvet fabric, the principal table houses a profusion of both locally grown and imported blooms bearing vibrant hues. Rose gold candelabras adorned with crystals give contrast to the blue tablecloth, as well as contain towering bouquets of Proteas from Australia, Bells of Ireland, Ecuador Roses, Banksias (Australian honeysuckles or wildflowers) and tulips. Identical, yet smaller floral arrangements complete the rest of centerpiece, along with red berries from Holland, carnations, Delphiniums, Hydrangeas and African Daisies. Additional gold elements in the form of candleholders, decorative plates and vases with red roses adorn the rest of the table setting, along with turquoise glass tea light holders. For the dinnerware, red plate chargers with a touch of capiz jazzed up the standard cutlery, wine glasses, and nondescript white plates. As a final touch, Galang also inserted Mokara Orchids from Thailand into the steel napkin rings. For the guest tables, she used taupe linen fabrics, along with the same bouquets of Mokara Orchids, Hydrangeas, carnations and locally grown roses. 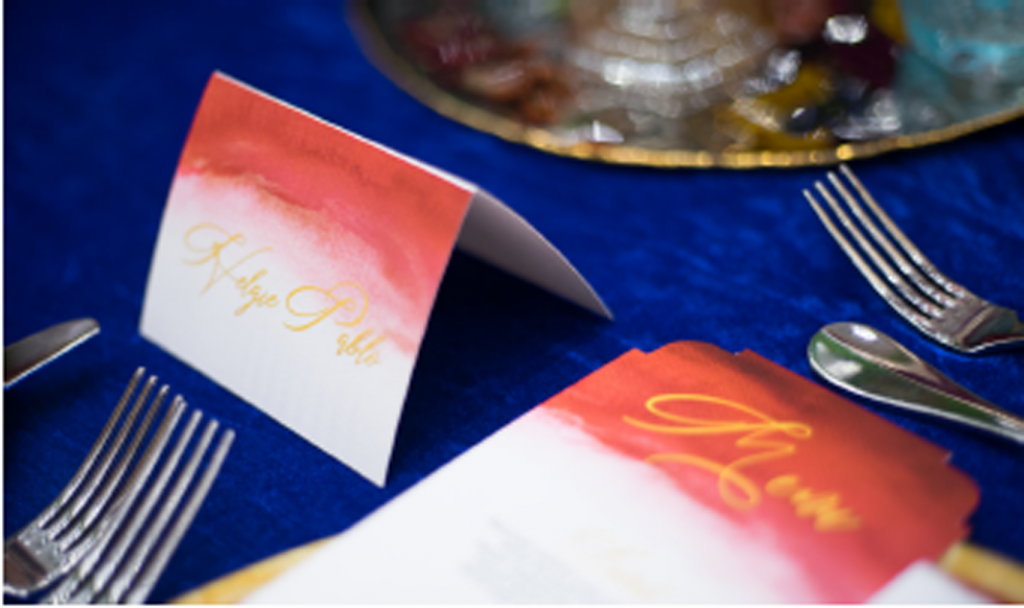 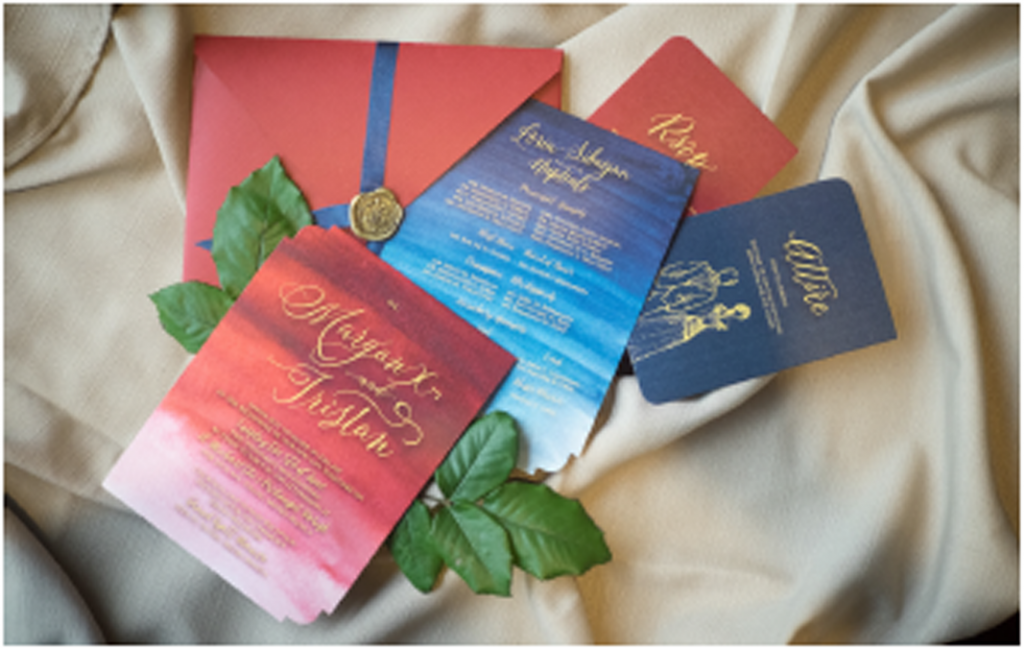 Reflecting the same regal theme, the menus and table cards are printed on coated paper that sports crimson and navy tones with black and gold calligraphy, courtesy of Print Divas. The accompanying crimson envelopes are secured with a navy satin ribbon and gold faux wax seal stamped with a custom design. 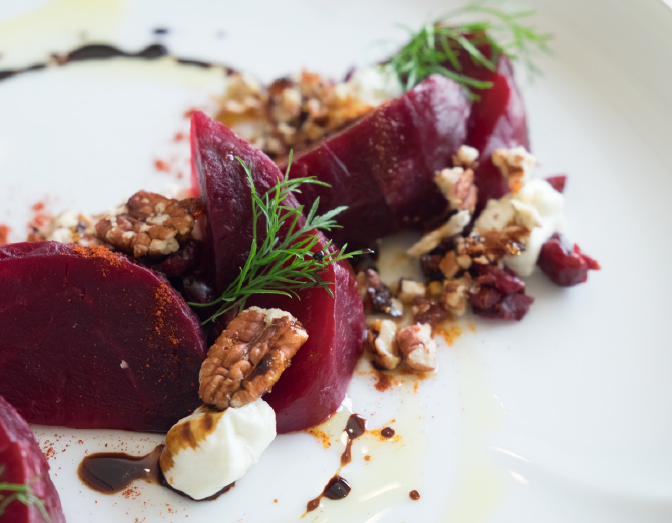 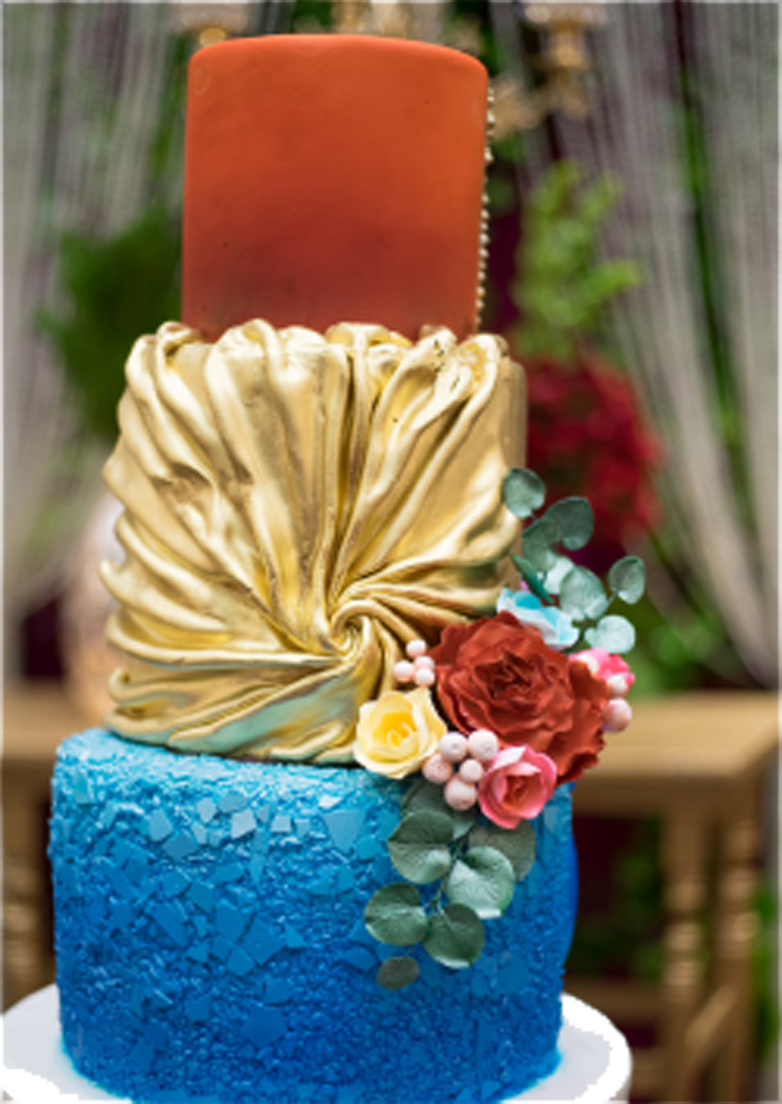 The pièce de résistance, an elaborate wedding cake, comes courtesy of Joy San Gabriel, purveyor of delectable sweets and pastries. The 3-tiered confection is divided into shades of blue, maroon and gold, which San Gabriel considers as colors associated with luxury. The bottom layer is fashioned to look like carved pieces of blue gems like lapis lazuli, while the second layer is molded like a draped golden fabric, similar to a wedding gown. As a final touch, a sprig of sugar flowers act as a decorative accent on one side of the cake.