Twenty-five-year-old music producer Mark Thompson and entrepreneur Patty Tiu have both made a mark in the DJ industry. Friends since 2015, they would always bumped into each other as they played the coolest music for the night crowd. But as fate would have it, this friendship blossomed into something more.

Patty revealed that Mark proposed in 2017. “He was acting weird all week, and I knew he was hiding something from me. I just didn’t know what it was,” says Patty who shared that Mark waited for her until she was done with work. “He played a song and gave me a letter. As I was reading it, he knelt down and showed the ring. The last part of the letter said ‘I should’ve done this a year ago.’” Mark had to save up for the ring which is why it took him a year to propose.

“It was more for our parents. Mark also said I deserve to have a ceremony, and so we did a bit of planning for a very small intimate and minimalist wedding,” explains Patty who never really wanted a wedding. Supposedly set this year in Palawan Blue Resort with 100 guests composed of their family and closest friends, they had to change their plans due to the lockdown. Mark explains, “When the pandemic hit, we just finished fixing our marriage license. After the country went on lockdown, we cancelled everything.”

The pair travelled to La Union to get married on July 23 2:00 a.m. They were with Patty’s best friend JP Calderon who was supposed to walk down the aisle with Patty. “Mayor Menchie de Guzman of La Union is a family friend of ours, and the tita of John. She was so kind to lend us a bit of her time to officiate our wedding,” shares Patty who got her secret wish to get married in a simple and quiet wedding.

But all good things do not come with hurdles. “We passed screening for the first one, but on the second checkpoint, they were asking for IDs that had the Bauang/Bacuit address since the only people allowed to travel back are its residents. Good thing JP’s tita, the mayor of La Union, advised the AFP (Armed Forces of the Philippines) post that we were just heading there for our civil wedding.”

The couple eventually got to the venue, in twinning outfits no less. Both dressed in crisp white button-down polos, gray pants, and white sneakers, Patty wanted to wear something that’s comfortable and easy to wear. “We just went out to shop quickly (a few days prior to the wedding) so that we could at least look decent when we have the ceremony. But if you ask me, Mark and I can even get married in just a white shirt, and a pair of jeans.”

As soon as they got to the venue, everything was already set. Peach-colored organza drapes and potted ferns decorated the room, with the officiating table ready for the couple. “We both cried while we exchanged our vows in the mayor’s presence. I only cried because I could see Mark’s eyes watering,” laughs Patty.

The couple also shared that the mayor was caught off guard with their wedding bands. “We didn’t have actual wedding rings. We had wedding band tattoos by Charles Arteta of @artetattooph done a week ago. The mayor even said that it was so millennial,” says Mark of their wedding bands which meant “tadhana” (destiny) in Alibata, an ancient Filipino writing system.

A short and sweet wedding ceremony that was capped off with drive-thru snacks on the way home, where they celebrated with Patty’s mom at 3:00 p.m.

“A civil wedding wearing a white polo and white sneakers happened. It’s just how I’ve imagined it to be. I’ve always told Mark that the wedding isn’t important to me. It’s us. Our union and not the ceremony.” Patty adds, “Keep it simple and small. If you can have a wedding with just the bride and groom, that should be enough. After all, the wedding is about the two of you.” 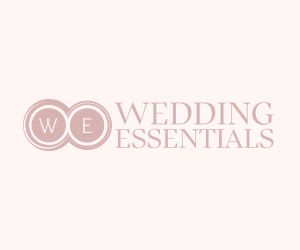 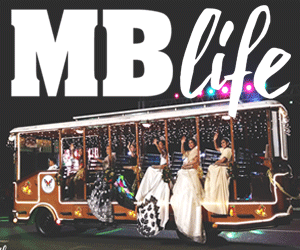